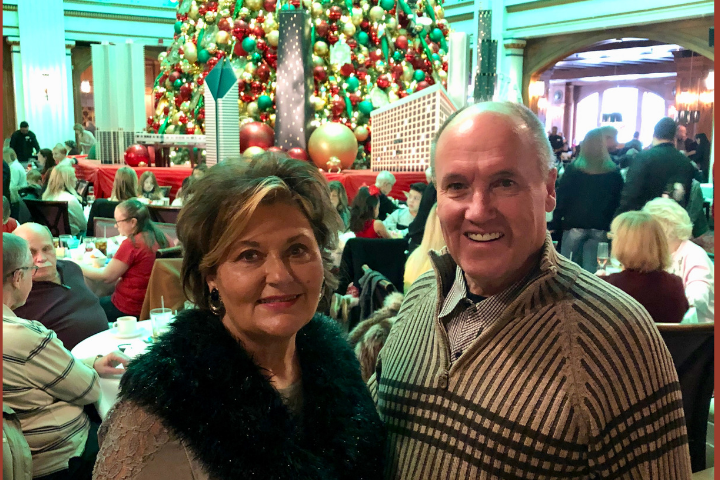 Like many people I know, I grew up poor.  Getting random gifts was a rarity.  Except for Christmas.  Mom was a single parent raising three daughters (I’m the oldest) and acquiring a college education to get us off welfare. But my mother and grandmother made Christmas magical for us.

My grandmother (we called her Mim) was the matriarch of the family. She was tiny, wiry and she only smoked in the bathroom with the window open. Rarely did anyone actually see her doing the deed. Funny the things one remembers about a person.  Most of the men were divorced out of my family and so Mim ruled.  At Christmas we were expected to go to her tiny farm in Ohio to celebrate.  Mim and Mom would work tirelessly to sew up new clothes for us (rarely did we have ready-made) and I often remember receiving new hand-sewn bathrobes and jammies.

If Mom didn’t have the money to provide Christmas for us, she would borrow some from the bank and make sure we had lots of packages to open.  It was a grand day!  We loved going to Mim’s house at any time but Christmas was tradition.  She would cook up everything we loved and we all sat around a crowded dinner table laden with good ole’ hillbilly cookin’ (she was from West Virginia) and try to outtalk each other.  My two aunts (Mom’s younger sisters) and cousins would often join us so, it was a rowdy bunch.

I can still picture Mim’s Christmas tree in a corner of that tiny living room. It always had bunches of wrapped gifts underneath to tantalize us and on Christmas morning…after Santa had visited the night before…we would have a few unwrapped Santa gifts and a full stocking to rummage through.

I tried to perpetuate that tradition.  Then I met Dan and fell in love.  I was appalled that his family never put up a Christmas tree or lights or had a grand celebration.  I grew up believing Christmas was a time to show love to others by giving gifts and the lights, music, excitement of Christmas made it all just glorious.  I wasn’t taught the real meaning of the holiday till I met Dan and  his Conservative Mennonite family.  But the solemnity of the way Christmas was observed in Dan’s family was just something I couldn’t understand.  Couldn’t there be a way to incorporate a Grand Celebration with the true message of Christ’s birth? Did it have to be either/or?

I set out on a mission to change his family’s observance of the holiday and soon after we were married, Dan and I helped them decorate a spindly tree and put up some lights.  Each year, there was more joy in the loosening up of the strict observance that Dan had grown up in.  By the time we had children, I wanted them to have the excitement of Christmas I had had as a child. That meant stories of Santa and elves and reindeer mixed with Biblical history.  Dan wasn’t sold on that idea.  Wouldn’t that confuse the children and risk them believing Jesus is make-believe like Santa?

I do not equate Santa with Christ.  My children and grandchildren don’t either.  But I do think that having Santa in the mix helps increase the capacity for believing in miracles and spreading joy, good cheer and generosity on a level children can relate.  One belief doesn’t have to cancel out the other.

Did you have fond Christmas memories that made the season magical for you? I’d love to hear.