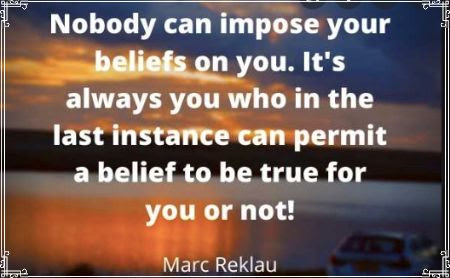 Every morning I enjoy reading the daily blog from Sean of the South, Sean Dietrich. He is about as “down-home” as you can get. Sentimental, humorous, real and honest, and not hesitant in sharing his conservative beliefs. I’ve mentioned him in previous blogs.

Recently Sean had a letter from someone who said he had been going through very hard times and didn’t know what he believed anymore; wasn’t even sure if he any longer believed in God. By his own admission, the writer said he was lost. Sean had a very interesting reply in relating many things he personally believes in. Here’s just a snippet:

I believe in music made by hand, fiddles, upright pianos, and the poetry of Hank Williams. I believe in Willie Nelson.

There are kindhearted people. I have seen them. I have shaken their hands, and hugged their necks. To find them, you have to know where to look, but they’re around.

They are the sort who attend funerals for those they barely knew. Who stand in maternity wards at newborns who are not theirs, making funny faces through the glass windows.

They are the kind who stop cars to help strangers change tires. They are big tippers, self-effacers, shower-singers, and casserole makers.

And I believe in them.

Sean believes in fried chicken (yum), hand-rolled biscuits, dancing, giving money to the homeless. Not once, but always. The list is long. And it made me think of all I believe in and how creative I could get in writing my own list. I hope this inspires you to do the same:

I believe in taking responsibility for my actions and decisions and I believe there are a lot of people who do take responsibility in spite of what the tabloids tell us to the contrary.

I believe we are born innately good and pure and when we screw up, we are forgiven in spite of the fact that we are sometimes our own worst enemy.

I believe in the power our choices have to either make us stronger or bring us down.

I believe homemade chicken noodle soup is more healing than a visit to the doctor and vegetarians are missing out on a powerful and comforting antidote to sickness. I believe popcorn is the best snack food God put on this earth and the roads in heaven will be paved with Krispy Kreme chocolate-covered glazed donuts.

I believe I can make myself sick over anxiety, stress, depression, and dark thinking while having positive thoughts bring rainbows into my life in the midst of storms. I believe rain cleanses. Metaphorically and literally.

I believe relationship trumps any amount of money you can name and good relationships require as much nurturing as a beloved pet or house plant. They don’t just happen.

I believe every person and every event comes into my life for a purpose. It may take years for that purpose to be revealed, but I know it will eventually rise to the surface like a bubble and explode in a mist of comprehension that will blow my mind.

I believe there are more good people on this earth than bad in spite of what the media prints and says.

And, like Sean Detrich, I do believe there is a higher power holding me in the palm of his hand, loosely enough for me to make my own mistakes and smiling down on me when I figure it out. And because we are all made in his image, we all hold a lot of creativity in our DNA if we search hard enough to find it.