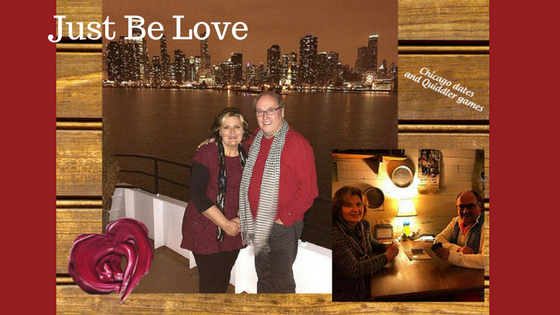 Dan and I are continually asked how we lived through the roller coaster journey of the entrepreneurial home. How did our marriage survive?  I have always tried to be honest and open about the struggles and setbacks, the highs and the lows.  I don’t want to paint a Pollyanna picture of everything being all roses.

There are many reasons why we have been happily married for fifty years in spite of great losses, many frustrations, moments of anger, despair and fear.  Most of the time I think we both concentrated more on what we were grateful for rather than what we didn’t have that we thought we should have.  It’s a matter of weights and balances.  We loved each other.  We knew that our dedication to the sanctity of our union was always at the top of our list of priorities….in spite of any circumstances. We were, and still are, a team.  Not clones of one another but a team that can withstand more together than we can singly.  Pointing fingers and adding up past offences would do nothing but exacerbate any trouble we faced.

So, with that being said, how did we cope during the worst of times?  We clung together in being part of the solution to the problems instead of being a part of the problem.  You see, if we were continually at odds with one another because things were going down the toilet….WE were then becoming part of the problem and that would get us nowhere.  Trust me, being part of the solution was not always where my head wanted to go but it was always where my heart wanted to go.  I knew that both of us were smart enough and enterprising enough to eventually get us out of the hole that had been dug.  Notice, I didn’t say that Dan had dug for us! Oh, yes, there were many times I felt he had dug us into a hole we would never get out of.  There were many times I wanted to just be “normal” for a while, where he got a real job, a steady paycheck and some “security” in our lives.  I also knew that if I got angry enough…weepy enough, and pleaded with him to do so, he would definitely have done this.  However, I also know he would have been miserable and, thus, so would the rest of the family.  It would have gone against his nature and I always wanted to believe in him even during the toughest of times.

When I hear someone say, “Marriage is soooo much work!” I envision a ball and chain relationship.  It’s a grind that is barely tolerable.  That tells me there is something wrong with the relationship that isn’t looking at the big picture.  Someone isn’t looking at how to be the solution but is probably a big part of the problem.  Dan and I spent countless hours discussing sensitive topics.  We talked, we didn’t fight.  We listened, with ears and heart. We sought council when needed.  We looked always at the bigger picture of what we wanted for ourselves, our marriage and our family.   We still do.  Because we never get it perfect.  We are each one evolving. Yes, marriage is work but it isn’t the kind of drudgery that some make it out to be.  It is intentional investment in the big picture of our lives that screams, “And they lived happily ever after!”

I hope this Valentine’s Day brings joy into your life.  I hope you look at the big picture today and put effort into creating everlasting love that touches everyone you encounter.